get your WINAMP player and hear the FAB/GEAR show
It's FREE!!!! 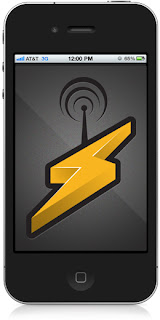 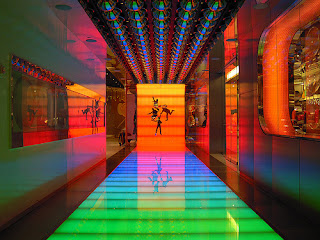 Let’s Hear It for The Beatles

The angel of good fortune does indeed inhabit Las Vegas. My turn came when I was offered a ticket to see Love, the Cirque Du Soleil’s fabulous celebration of The Beatles – the greatest rock band ever – in a visual extravaganza of aerial ballet, dynamite dancing, stunning staging, wild costumes and, of course, the songs that rocked the world.

Paul McCartney was in town to perform the same week Love marked its fifth anniversary. Reports surfaced that he would appear at the Mirage as part of the festivity. And Paul did not disappoint the hundreds of fans who lined the ropes in the casino, although a security cordon kept them from the area where dozens of photographers waited beneath bright lights as ticketholders made their way inside the theatre.

A buzz swept the crowd, but it was only Carrot Top, the comedian. Guitarist Rusty Anderson was recognized as he walked by and smiled. Paul emerged from the Baccarat Lounge and waved as fans cheered. Sean Lennon was spotted and there was George Martin. Flashes brightened the press area as photographers clicked away, then packed up. Near the ticket booth, as the crowd thinned, I watched as Slash strutted into the theatre. Nearby were two young guys in Beatle shirts; one strummed an Epiphone guitar. That’s when the angel appeared and extended a handful of tickets: “Anybody want to see the show?” she asked.

I heard Ringo’s voice as I was escorted from usher to usher. On tour in Europe, Ringo sent his onscreen greetings. The lights dimmed, and I started down a stairway. Suddenly, a spotlight lit a couple to my right. I stopped in my tracks. About six feet away, sat Sean and Yoko Ono, stylish in a feathered white hat and dark sunglasses. The spotlight then swept to the next row where Paul sat with Nancy, his fiancee, along with George Martin, his wife, and son Giles. “Let’s hear it for George!” shouted Paul cheerfully.

The last time I was this close to Paul was when I saw The Beatles in Memphis. I sat behind the stage, about ten feet from Ringo’s head. I kept shouting for a drumstick, without luck. When Paul turned and looked us over, I waved. He waved back. I had made contact with a god. Now I hovered on the carpeted stairs but dashed for the third row.

The show was incredible, rich with poignant moments. When George’s “Here Comes the Sun” floated through the theatre a large, bright globe magically appeared. John’s voice singing “A Day in the Life” was emotionally moving. What were Paul’s thoughts I wondered? Was he recalling the recording sessions? Thinking of his mates?

After the performers took their bows, the famous walked onstage. Paul effusively praised the cast and production. “Let’s hear it for The Beatles” he said. Yoko took the mic from him and thanked Olivia Harrison, who appeared elated by the show. Olivia had carried on George’s early enthusiasm for the production. Sean, Dhani Harrison, George and Giles Martin stood quietly as applause filled the theatre.

When the lights brightened, there were the young fans. Like me, they had sat in Paul’s VIP section. Blake, 15, and Austin, 16, were from Houston, visiting Vegas with their parents. When they are 64, they will still recall with awe the night they saw a spectacular show, a musical genius, and a Vegas angel.
Posted by FAB4RADIO.COM Knottypine Studios at 7:10 AM 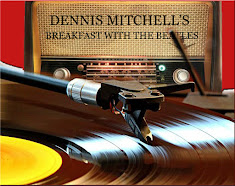