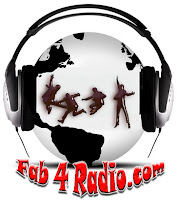 Thanks to you, we're still on the air!
What's going on and why should I care?
Royalty rates for webcasters (not applicable to AM/FM or Satellite radio) have been drastically increased by a recent ruling and are due to go into effect on July 15 (retroactive to Jan 1, 2006!). If the increased rates remain unchanged, the majority of webcasters will go silent.
The Save Net Radio Coalition (http://www.savenetradio.org/), which includes Internet radio listeners, artists, and webcasters (both large and small) have successfully launched a massive grassroots campaign that has taken Washington D.C. by storm. We are grateful for your support and the support of our Representatives who have championed this cause, but there is still more to do ...
What's New!
May 10, 2007: Legislation introduced by Senators Ron Wyden (D-OR) and Sam Brownback (R-KA) today would save Internet radio from a recent royalty hike that threatens to bankrupt the industry.
From the press release:
SaveNetRadio.org, a national coalition of webcasters, recording artists, listeners and record labels applauded the bill's introduction, expressing their gratitude to Senators Wyden and Brownback for their leadership at this critical time for the Internet radio industry and the millions of Americans who listen online every day. "Since the CRB's ruling, Internet radio listeners, webcasters and the artists they promote have joined together to urge Congress to prevent this vibrant industry from going silent on July 15th," said Jake Ward, a spokesperson for the SaveNetRadio campaign. "On behalf of Internet radio's 70 million monthly listeners, thousands of webcasters, and the incredible diversity of talented artists it supports, we commend Senators Wyden and Brownback for their understanding of Internet radio's importance and for their leadership in taking the steps needed to save it." Click here for more.
Posted by FAB4RADIO.COM Knottypine Studios at 12:46 PM