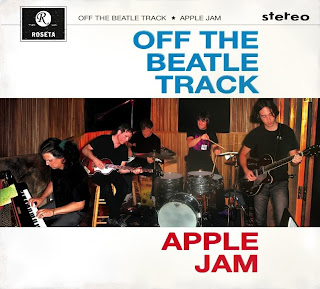 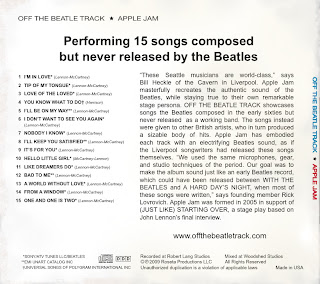 "Off the Beatle Track" showcases early Lennon/McCartney/Harrison compositions released by others, but never by Beatles while they were together. Instead, the songs were given to British contemporaries like Billy J. Kramer, Cilla Black, and Peter & Gordon. These artists in turn produced a sizable body of hits including "Bad to Me", "A World Without Love", and "I'll Be on My Way" -- proving the quality and timeless nature of the Beatles songwriting and music.
Apple Jam is embodying each track with an authentic Beatles sound, as if the Liverpool lads had released these songs themselves circa 1963. "We are using the same microphones, gear, and studio techniques of the period to make the album sound just like an early Beatles record," says Rick Lovrovich, Apple Jam's founding member
NOW PLAYING ON FAB4RADIO.COM
Posted by FAB4RADIO.COM Knottypine Studios at 4:23 AM 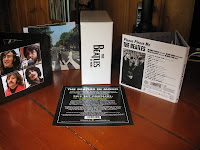 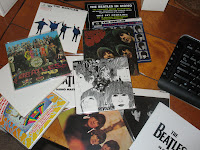 The 12-CD The Beatles in Mono box set is more than a collector's indulgence. The warmth and punch of early albums With the Beatles and Beatles for Sale evoke the experience of first hearing songs like "All My Loving" on the original vinyl. But in mono, these albums have finally received the treatment they deserve.

Why Listen To The Beatles In Mono?

Clearly, in the sixties mono was king. Few people had ever heard stereo sound because most record players had just one speaker and stereo radio was still in it's infancy.

"To us, what was important was the balance of the song," he explains. "We felt we were sort of mixing the message, rather than putting things in places. We weren't that interested in stereo. It wasn't where we were from"