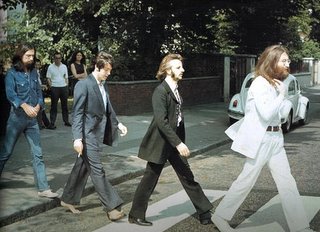 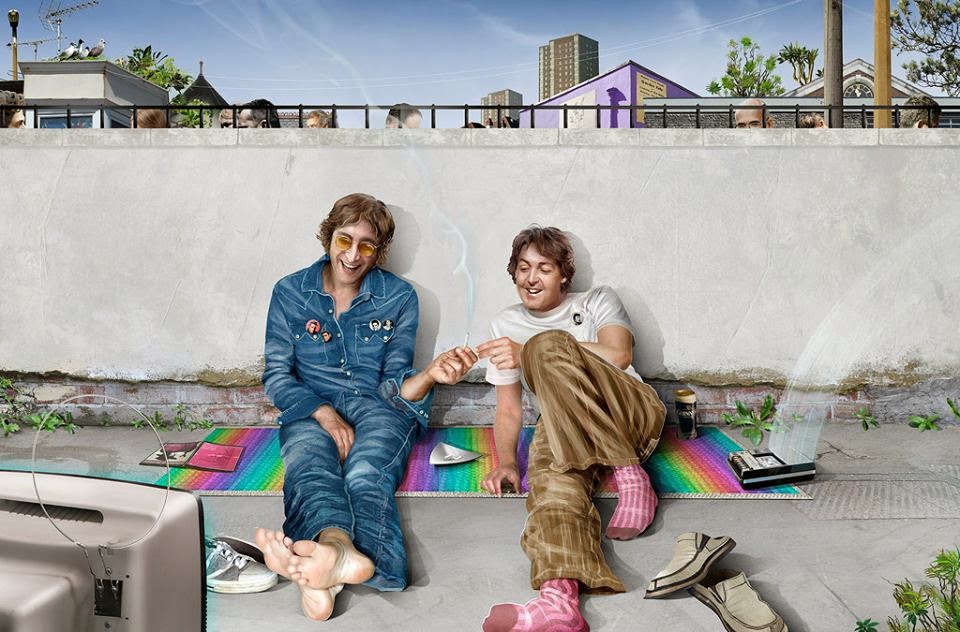 THE BEATLES were planning their reunion ... according to the record producer working with John Lennon during Double Fantasy recordings.

JACK DOUGLAS, who produced Lennon's final album DOUBLE FANTASY, has revealed that Lennon and PAUL McCARTNEY were talking about working together on a RINGO STARR solo album.

Douglas says, "He and Paul planned to play on a Ringo album and that's how they were planning to do it, and GEORGE (HARRISON) had not come aboard yet.

"George was already in a lot of hot water with John because of George releasing his autobiography and not really mentioning much of John in it. But I think they assumed that George would come along as soon as the thing got going."

He adds, "Let's just put it this way - Yoko discouraged Paul coming around.

"There was a writing session somewhere in the Dakota (building where Lennon and Ono lived) and there was one cancelled which John did not know about. He was told that Paul did not show. Paul was told that John was too busy to be working with him that day."

Jack Douglas, interviewed in "Guitar Legends Presents the Beatles," on newsstands now, says Lennon had already committed to touring using the musicians from the "Double Fantasy" sessions and had started doing drawings of stage sets.


"He was even planning to do new versions of 'She Loves You' and 'I Want To Hold Your Hand,'" Douglas says. "He'd already played them for us."


Paul McCartney set the wheels in motion for a Beatles reunion . . .

Sir Macca insisted on a highly lucrative clause in a record label contract signed in 1979, that would allow him to work with Lennon, George Harrison and Ringo Starr again.

The £6 million contract with CBS has just been made public for the first time, seemingly to coincide with the 25th anniversary of Lennon's murder on December 8, 1980.

Speaking about the deal, a record industry insider said: "This is the earliest evidence of any Beatle making formal overtures toward a reunion."

The terms of the contract stipulate that McCartney must be allowed to record under the name 'The Beatles'.

Lennon submitted a sworn deposition against the producers of Beatlemania on Nov. 28, 1980, saying he wanted to stage a Beatles reunion concert. 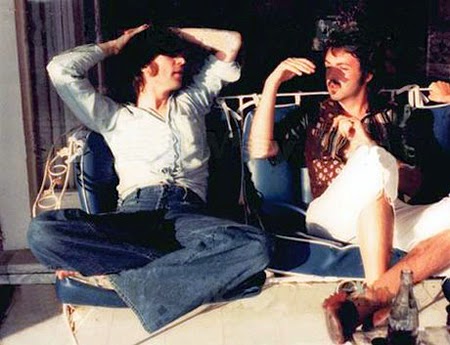 Lennon's personal assistant MAY PANG - who had an 18-month affair with the IMAGINE singer in 1973 after he split from YOKO ONO - claims the pop icon often fantasised about reuniting with his ex-bandmate SIR PAUL McCARTNEY.

And Lennon often asked for advice on whether he should write to McCartney suggesting the Fab Four reform, to which Pang assured him they're far better as a unit than as solo artists.

She says, "Though John and Paul did not write many songs together, they had always been sounding boards for each other's ideas and he missed that. He was always saying, 'I wonder what Paul is up to.'

"I remember him saying, 'Do you think I should write with Paul again?' and I said, 'Absolutely, you should do it because it seems you want to. As solo performers you are good but together you can't be beaten." 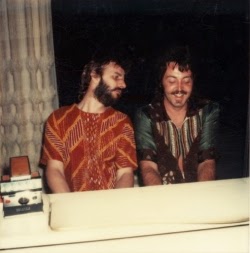 Art Garfunkel, flanked by David Bowie, his former and future partner, Paul; and the newly-unestranged Lennon's; backstage at the 1975 Grammys.

John had made a point of pulling Art aside to ask his opinion of working again with Paul. Having just recorded "My Little Town" with Simon, Art advised him that as long as the focus was on musical rather than personal matters, it was a blast - go for it.
He later reported his disappointment that John and Paul didn't end up working together, although John very much had it on his mind, having publicly and privately stated his intent to visit the McCartney's in New Orleans in early 1975, where Wings was working on Venus and Mars. 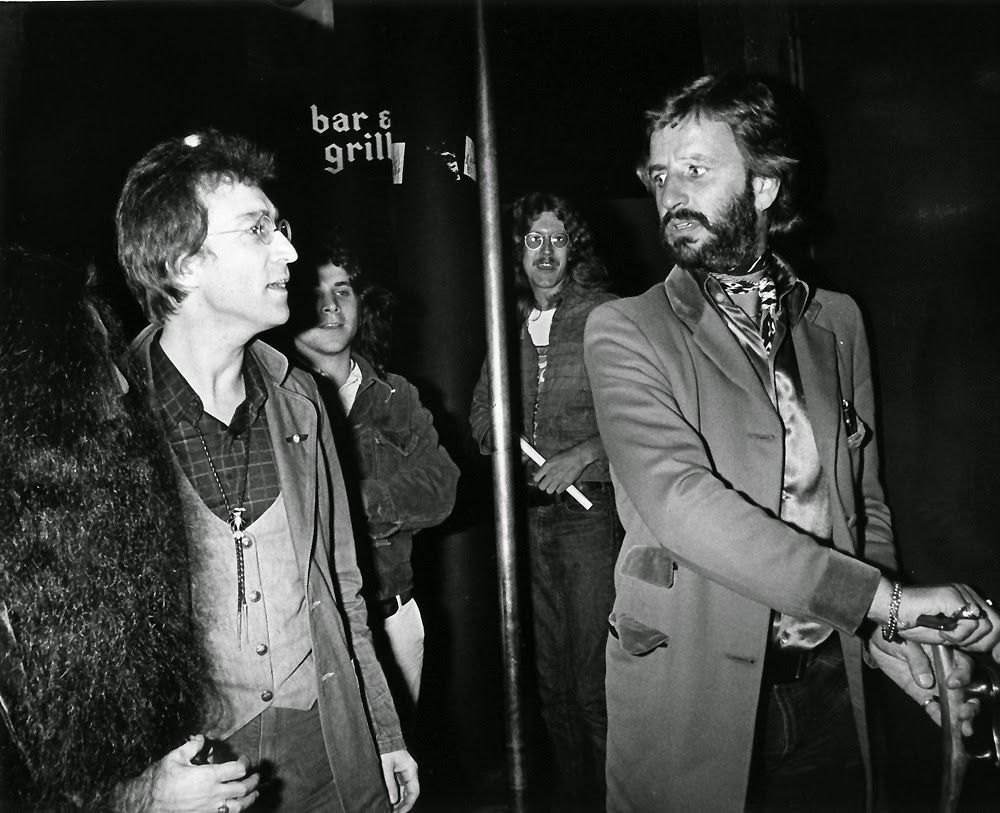