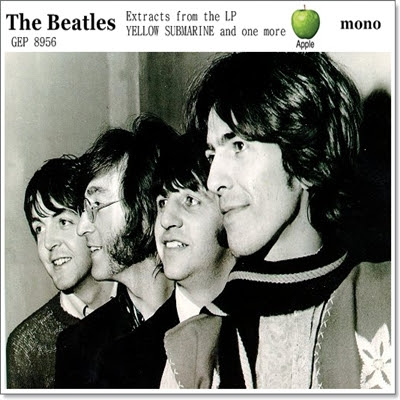 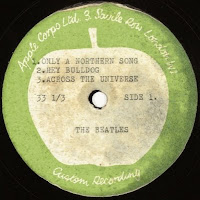 1. Only A Northern Song
2. Hey Bulldog
3. Across the Universe
4. All Together Now
5. It's All Too Much
"Perhaps the most puzzling aspect of the LP was the time it had taken to see the light of day. Yellow Submarine. albeit  a highly successful film in both critical and box-office terms, had been on release for all of seven months before this (supposedly) accompanying soundtrack album was issued. The songs themselves were even older."
The Beatles were mildly criticised at the time of this LP release for giving less than their usually excellent value-for-money. Lovely though George Martin's score was, fans of the group were having to buy a full price album for just four "new" songs by the group (even the most recent was 11 months old), two of the six titles-'Yellow Submarine' itself and 'All You Need Is Love' - having long been released. The group evidently took the criticism to heart, for there remains in the EMI library a master tape for a seven-inch mono EP, to run at LP speed, 331/3 rpm, complied and banded on 13 March 1969 by Abbey Road employee Edward Gadsby-Toni, with the following line-up: Side A 'Only A Northern Song', 'Hey Bulldog'; 'Across The Universe' . Side B: 'All Together Now'; 'It's All Too Much' . (Note the bonus inclusion of 'Across The Universe', long finished and mixed but, as of March 1969, still awaiting issue on the World Fund charity album.)"
The EP was never released!
Posted by FAB4RADIO.COM Knottypine Studios at 2:16 PM 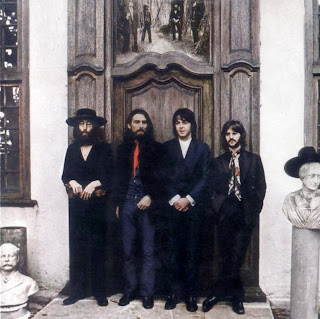 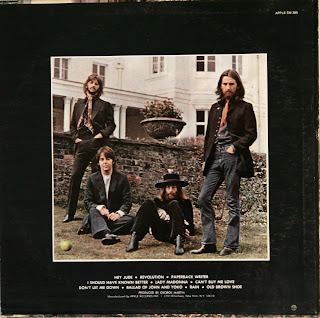 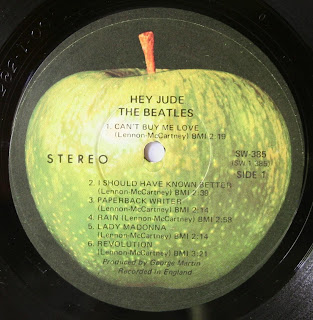 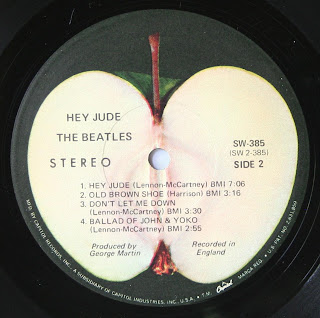