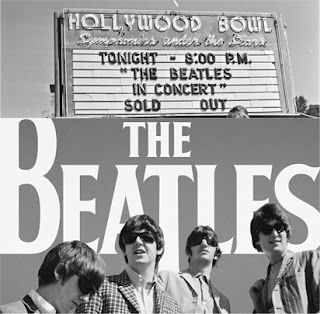 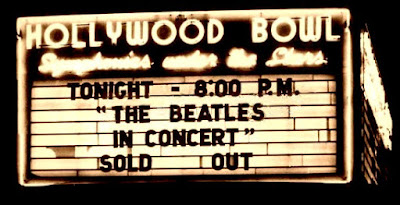 TWIST AND SHOUT
from
THE HOLLYWOOD BOWL SHOW
NOW PLAYING ON FAB4RADIO.COM

BEATLES TRIVIA AND GAMES!
Watch every week as some trivia will be for prizes (as indicated,) others are just for fun!
Since July 30, 2012, trivia questions and games have been posted every Monday, and everyone has a full week (through the following Sunday) to submit their answers. One random winner is chosen every week.
Write to me with your answer(s) at everylittlething@att.net. Answers and winners names provided with every new trivia question! You can win once every 30 days!


NEW CHANGE IN OUR TRIVIA PAGE!!!:
EVERY WEEK (until further announcement) MY BEATLES TRIVIA & GAMES PAGE CAN NOW WIN YOU ONE OF 9 PRIZES!!!!!!!!!
CHOOSE FROM ONE OF THE FOLLOWING 9 PRIZES BELOW!!!
PRIZES MAY VARY FROM WEEK TO WEEK!

1) BEATLES 1 CD & DVD ----Celebrating the 15h Anniversary of the "Beatles 1" CD comes this reissue of the group's 27 #1 hits (U.S. & U.K.) newly remixed supervised by Giles Martin, with the Beatles promotional films for each song packaged together. The group's videos represent an important part of their history, and have been digitally restored and are breathtaking. Possibly the most important release on the group since the Beatles Anthology. (Courtesy UMe)

3) - CLAYPOOL/LENNON DELIRIUM - Monolith Of Phobos CD--- Released in June, 2016, described as a combination of psychedelic and progressive rock, this is the first collaboration between Les Claypool (Primus) and Sean Lennon!!! (courtesy ATO Records.) See a list of concert dates for New York/New England HERE!

4) SONGS WE WERE SINGING: GUIDED TOURS THROUGH THE BEATLES' LESSER KNOWN TRACKS by Kit O'Toole. Kit, whose works have been published in Beatlefan and Something Else Reviews, explores the Beatles' lesser-known songs, and explains why they deserve more examination and appreciation. Kit also looks at some of John Lennon's lesser-known solo-songs, a few of the solo-Beatles albums, and a chapter on Ringo's most underrated drumming performances on Beatles records.
Listen to some of my interview with Kit on THIS PAGE!

5) SHOULDA BEEN THERE - The first in a series of 9 narrative books on John Lennon covering John's life from 1940 through Dec. 1961, from renowned Lennon author Jude Southerland Kessler.

7) THE BEATLES' STORY ON CAPITOL RECORDS, PART TWO:
THE ALBUMS (Digital Edition) - Bruce Spizer - Includes extensive coverage of all the Beatles' Capitol albums, with explanations as to why the American albums were different from the ones in the U.K. on Parlophone, plus session and chart information, pictures from the covers of the albums, the different label variations on all Capitol albums, plus the full story behind the group's controversial "Butcher cover."
8) DO YOU WANT TO KNOW A SECRET? - New autobiography from Liverpool legend Billy J. Kramer, covering his childhood, early success in music, the Lennon-McCartney songs given to him, his relationships with the Beatles, Brian Epstein, George Martin, the Dakotas, his life after leaving the Dakotas, his most recent album
​"I Won The Fight" and much more (courtesy Equinox Publishing.) Listen to my new interview with Billy HERE - scroll down to middle of the page!

9) QUADRUPLE SHOT OF PRIZES!!!! - 1) THE WALRUS AND THE ELEPHANTS: JOHN LENNON'S YEARS OF REVOLUTION by James A. Mitchell - Book explores John & Yoko's early years in NYC, associating with political figures and the band Elephants Memory.
2) POP GOES THE ELEPHANT - Gary Van Scyoc - First CD ever from the former bass player in Elephants Memory. Includes recordings spanning all the decades from the 70's through today. Features the song "Wind Ridge" produced by John Lennon from the Elephants Memory album from Apple-John Lennon helped to write the song with Gary. Also on the collection is an instrumental version of "Imagine" from the members of Elephants Memory as a tribute to John.

3) HOLLYWOOD VAMPIRES - Tribute CD to many of our deceased rock stars, the concept started by Alice Cooper, Joe Perry and Johnny Depp. Includes a new recording from Paul McCartney of "Come And Get It," Cooper's cover version of "Cold Turkey," plus appearances from Zak Starkey and Abe Laboriel Jr.

THE BEATLES NEWS IN BRASIL

THE BEATLES NEWS
IN BRASIL 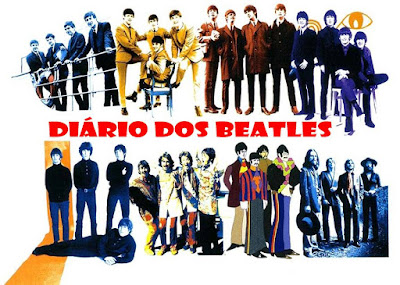 GET THE LATEST AND THE GREATEST BEATLES RELATED NEWS
Posted by FAB4RADIO.COM Knottypine Studios at 7:54 AM