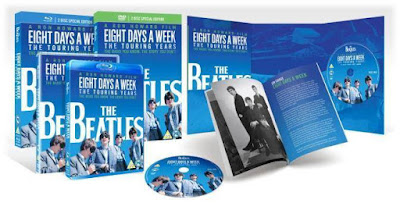 Here's the official word on the "Eight Days a Week" home video release ...
Available NOVEMBER 18TH on blu-ray, dvd AND
2-Disc special COLLECTOR’S edition (on DVD or BLU-RAY)
Los Angeles – September 19, 2016 – In The Beatles: Eight Days A Week – The Touring Years, Oscar®-winning director Ron Howard (A Beautiful Mind, Apollo 13) explores the history of The Beatles through the lens of the group’s concert performances, from their early days playing small clubs in Liverpool and Hamburg to their unprecedented world tours in packed stadiums around the globe, from New York to Melbourne to Tokyo. Available now for preorder, the acclaimed film will be released on Blu-ray and DVD, plus 2 Disc Special Edition on both formats from November 18th, courtesy of Polygram Entertainment and Capitol/UMe.
The film is produced with the full cooperation of Paul McCartney, Ringo Starr, Yoko Ono Lennon and Olivia Harrison. White Horse Pictures’ Grammy Award®-winning Nigel Sinclair, Scott Pascucci and Academy Award®-winner and Emmy® Award-winner Brian Grazer of Imagine Entertainment are producing with Howard. Apple Corps Ltd.’s Jeff Jones and Jonathan Clyde are serving as executive producers, along with Imagine’s Michael Rosenberg and White Horse’s Guy East and Nicholas Ferrall.
After their legendary North American television debut on “The Ed Sullivan Show” in 1964, The Beatles transfixed the U.S. and the tremors were felt worldwide, transforming music and pop culture forever with their records and television appearances. The Beatles’ extraordinary musicianship and charisma also made them one of the greatest live bands of all time. The first feature-length documentary authorized by The Beatles since the band’s breakup in 1970, Eight Days A Week features rare and never-before-seen archival footage of shows and interviews, plus new interviews with Paul McCartney, Ringo Starr and numerous prominent observers. The film captures the exhilaration of The Beatles’ phenomenal rise to fame as well as the toll it eventually took on the band members, prompting them to stop touring altogether in August 1966 and devote their prodigious musical energy to the series of ground-breaking studio recordings for which they are best known today.
Featuring a wealth of specially created supplementary material totaling 100 minutes of extras, the deluxe home entertainment editions contain exclusively created featurettes for fans to delve even deeper into the band’s world. Accompanying these are stunning, fully restored full length performances of some of the band’s most iconic tracks including “Twist and Shout” and “She Loves You” recorded at the ABC Theatre, Manchester in 1963 and “Can’t Buy Me Love” at the NME Awards, 1964, in London, bringing the experience of seeing The Beatles in concert fully to life for all fans. A full breakdown is included below.
Cert. 12 | Feature Running Time: 100 mins
2-disc Special Collector’s Edition (DVD/BD) includes:
1 x DVD/BD feature disc
+ 1 Bonus Disc (containing approx. 100 minutes of extras, highlighted below)
64 page booklet with an introduction from director Ron Howard, essay by music journalist and author
Jon Savage and rare photos from The Beatles’ private archive
Words & Music (24 mins)
John, Paul, George & Ringo reflect on songwriting and the influence of music from their parents’ generation, Lennon/McCartney writing for other artists, The Beatles as individual musicians, and the band as innovators. Also featuring Howard Goodall, Peter Asher, Simon Schama and Elvis Costello. The interviews with Paul and Ringo are unseen.
Early Clues To A New Direction (18 mins)
A special feature touching on The Beatles as a collective, the importance of humor, the impact of women on their early lives and songwriting, and the band as a musical movement. Featuring John, Paul, George & Ringo, along with Paul Greengrass, Stephen Stark, Peter Asher, Malcolm Gladwell, Sigourney Weaver, Whoopi Goldberg, Richard Curtis, Elvis Costello and Simon Schama. Again the interviews with Paul and Ringo are unseen.
Liverpool (11 mins)
The early days in Liverpool of the late 1950’s and early 1960’s are brought vividly to life by those who worked closely with them at that time including fan club secretary Freda Kelly, Allan Williams an early manager, and Leslie Woodhead multi-award winning documentary film director.
The Beatles in Concert (12 mins)
Five great but rarely seen full length performances of The Beatles live in concert - Twist and Shout, She Loves You, Can’t Buy Me Love, You Can’t Do That and Help!
Additional features are:
Three Beatles' Fans
Ronnie Spector and The Beatles
Shooting A Hard Day’s Night
The Beatles in Australia
Recollections of Shea Stadium
The Beatles in Japan
An alternative opening for the film
Preorder The Beatles: Eight Days A Week - The Touring Years
DVD: http://EightDaysAWeek.lnk.to/DVD
Blu-ray: http://EightDaysAWeek.lnk.to/BluRay
Deluxe Collector’s Edition (2-DVD):http://EightDaysAWeek.lnk.to/Deluxe_DVD
Deluxe Collector’s Edition (2-Blu-ray):http://EightDaysAWeek.lnk.to/Deluxe_BluRay
Posted by FAB4RADIO.COM Knottypine Studios at 10:19 AM 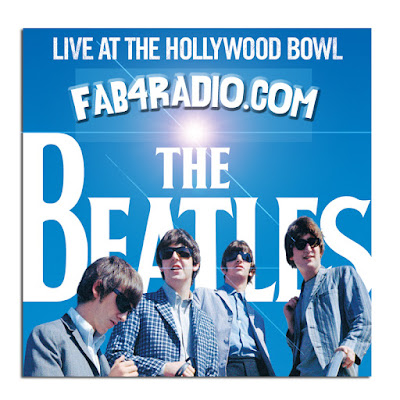 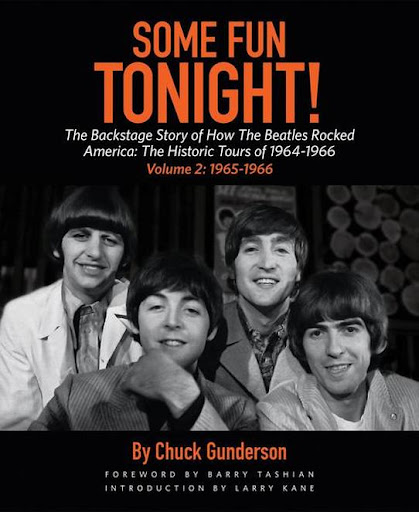 
In celebration of all the live Beatles projects due out this month, were giving away 3 copies of Chuck Gundersons' fabulous two-volume book SOME FUN TONIGHT!!! First released independently in 2013, Hal Leonard Publishing have acquired the rights to this book, which chronicles every live concert performance of the Fab Four from their North American tours 1964-66. Every detail is covered here-concert attendance for each show, their press conferences, what hotels the group stayed at, behind the scenes activities, rare photos, the opening acts for each tour, and more! It is by far the most comprehensive book to ever come out on this subject.

For this contest, I have 3 copies of each of the two volumes
to give away in soft-cover format!!!
Contest starts Sept. 7, 2016! (See rules below!)

CONTEST TO WIN "SOME FUN TONIGHT":
Starting Sept. 7 and running through Sept. 14, I will post below on this page, one at a time, the titles of songs that the Beatles performed during their North American tours. The first song will be one they played in 1964, the second song from 1965, and the third from 1966. Write down all 3 song titles and send them to me (Ken) by Sept. 14 at
everylittlething@att.net. Make sure you include your mailing address in your e-mail. You must have all 3 song titles correct to win. Winners names will be announced here on Sept. 15, and... GOOD LUCK!!!