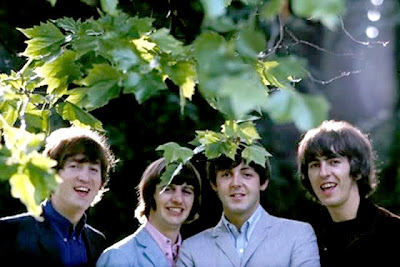 In 1962, an unknown group from Liverpool entered Abbey Road Studios to record their debut single. During the next eight years they created what is arguably regarded as the greatest collection of studio recordings of the 20th century. This special charts The Beatles' extraordinary journey in the studio from "Please Please Me" to "Abbey Road" and reflects on how they developed as musicians, matured as songwriters and created a body of work that sounds as fresh in 2009 as the time it was recorded. Narrated entirely by John, Paul, George, Ringo and Sir George Martin, the documentary features over 60 classic songs, rare footage and photos from The Beatles' archives and never heard before out-takes of studio chat from the "Abbey Road" recording sessions.
Posted by FAB4RADIO.COM Knottypine Studios at 4:49 AM